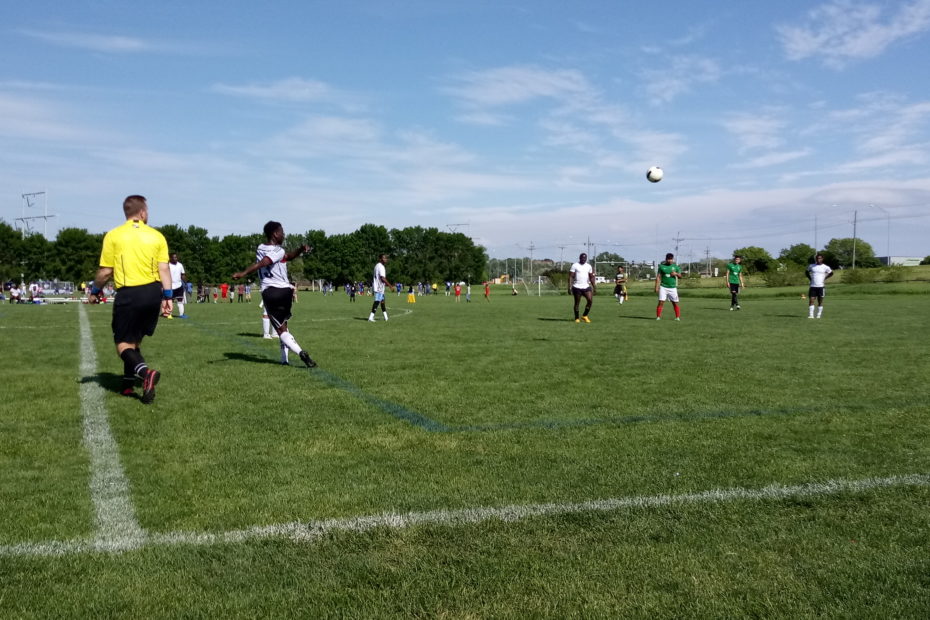 The 2019 OISL Tournament continued Saturday, as teams competed in their second of three group stage games at the Tranquility Soccer Parks in Omaha, Nebraska. It was a must-win situation for many of the teams looking to advance to this weekend’s games.

“It was a tough game today,” said the Kenyan captain Bobo. “We needed to win this game to be able to have a chance to move on. The level of competition has been exciting and I’m excited to see how we do tomorrow.”

With the teams having completed their second games, the stage is set for crucial games on Sunday, as they play their final group stage games to solidify the group standings. The top two teams in each group will advance to the semifinals.

Guatemala vs USA
Guatemala earned its second shutout of the event after defeating USA 3-2 to remain undefeated and at the top of its group. Kamal Kambal and Corey Rohren found the back of the net to score two goals for USA. Both teams did well in maintaining possession and creating combination plays.

Honduras vs Burkina Faso
Honduras earned a 4-2 victory over Burkina Faso. After a loss in its opening game, Honduras bounced back and won this one. Honduras will face Guatemala in its final group stage match tomorrow.

Nigeria vs Mexico
Mexico earned a 9-2 victory over Nigeria to be second in its group. Mexico will face Kenya in its final group stage match. The winner of the match will book itself a spot in the semifinals.

El Salvador vs Kenya
In a back and forth game, Kenya defeated El Salvador, 4-3. The game went to halftime with El Salvador leading 2-0. After a scoreless first half, Kenya’s Abdik Hassan found the back of the net to score the first goal for his team. This led to three more goals from Mohamed Adan, Mumin Adan and the winning goal from Mohamed Abdirahman. Kenya held off El Salvador’s attempt to win the tournament.